This describes the procedure for adjusting the slide valves on the Hackworth valve gear as fitted to certain Roundhouse locomotives, so that they open and close at the correct time.

First, check that the Return Cranks are positioned exactly central across the outside crank - this critical to ensure the correct timing is achieved. 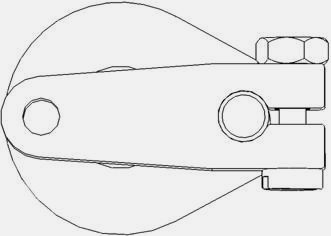 If you have not already done so, remove the steel valve chest covers so that the movement of the slide valves can be observed. 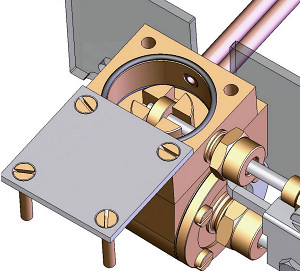 Set the Valve Gear for forward running.
We will concentrate on the Left Hand side of the valve Gear initially. Rotate the driving wheels until the valve gear is at dead centre. This is when the rear outside crank is pointing directly at the piston rod as in the diagram below.

Rotate the driving wheels slightly forward so that the outside cranks are now pointing parallel with the frame (9 o’clock). The left hand slide valve should now have moved backwards to expose the front port very slightly. 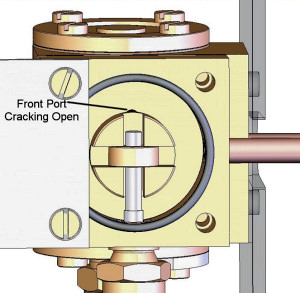 If so, then continue rotating the wheels until reaching rear dead centre is reached. Again, the slide valve should be covering both forward and rear ports. If so, rotate the wheels until the outside cranks are parallel with the frame pointing backwards (3 o’clock). The slide valve should now have moved forward exposing the rear steam port very slightly. This completes the timing of the left hand side valve gear for forward running.

Now set the Right hand side valve gear for forward running. This is the mirror image of the Left Hand gear.